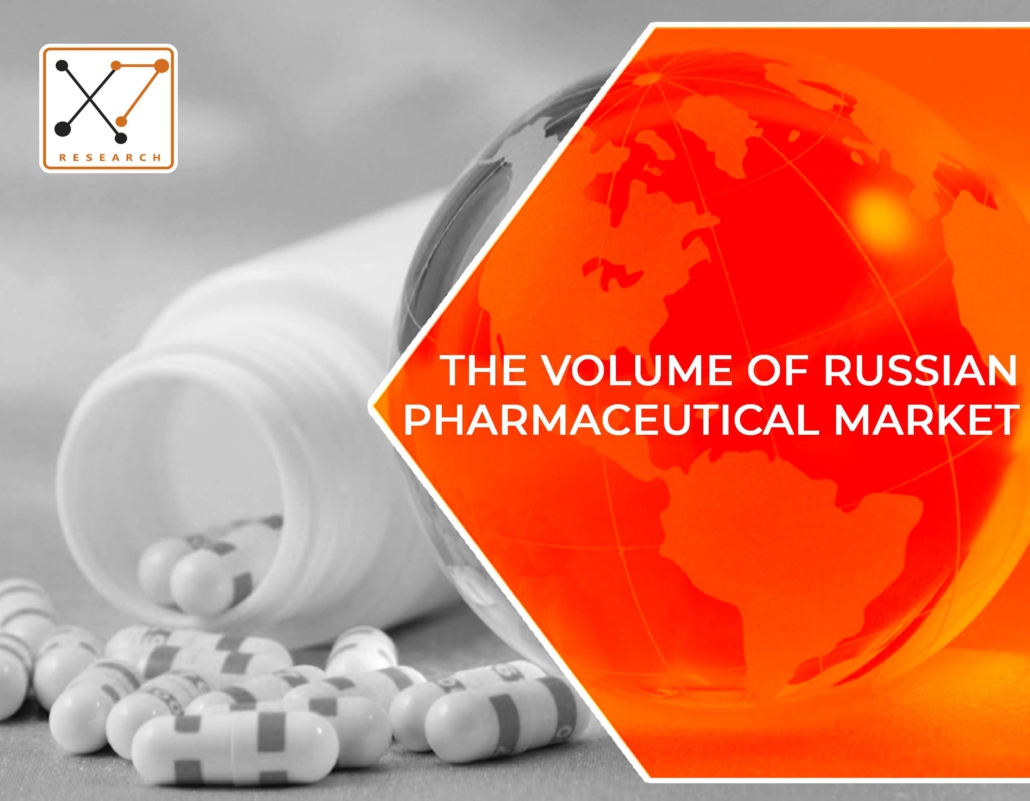 Drug sales in physical terms increased by 6% to 6.3 billion packs. The positive dynamics in packages in 2017 indicate an improvement in the purchasing power of the population and the reduced impact of financial and economic factors on the pharmaceutical market.

The main contribution to market growth was made by the commercial segment of drugs. The dynamics of

the retail market continued the positive trend of 2016 in packages. Market growth in rubles is lower than in 2016. This was influenced, among other things, by the low incidence of influenza and acute respiratory viral infections, which did not lead to an increase in demand for “seasonal” drugs.

The main two trends in drug consumption are the increase in the share of domestic drugs and consumer switching to generics (generic drug – a drug sold under an international non-proprietary name or a proprietary name different from the brand name of the developer of the drug.

The increase in the commercial drug market in 2018 relative to 2017 in ruble equivalent was 4.6%.

Compared to December 2017, this year the market showed a 6.7% increase in sales. The average cost of drug units in the commercial market of Russia increased by 2.1% in December compared to November and amounted to 197.9 rubles.

The structure of the commercial drug market in December 2018 by price segments has changed in favor of drugs of high price segment compared to the same period of 2017.

At the end of December 2018. 58.9% of drugs sold on the market were domestic (in physical units), however, due to their low price relative to imported drugs in value terms, they took 29.8%.

The ranking of companies by value sales in December 2018 was headed by Bayer, second place went to Sanofi-Aventis, and third place to Novartis.

The volume of the commercial drug market in January 2019 amounted to 84.3 billion rubles. (in retail prices). Compared to January 2018 this year the market showed an increase in sales by 7.9%.

The structure of the commercial drug market in January 2019 by price segment changed in favor of high price segment drugs compared to the same period of 2018.

At the end of January 2019. 58.8% of drugs sold on the market were domestic (in physical units), however, due to their low price relative to imported drugs, they took 29.9% in value terms.

The ranking of companies by value sales in January 2019 was headed by Novartis, in second place – Bayer, in third place – Sanofi.

bioequivalenceClinical trials in the CISfeasibilitymonitoringRadiopharmaceuticals
CLINICAL TRIALS TYPES AND DESIGN

WHAT IS BIOEQUIVALENCE
Scroll to top