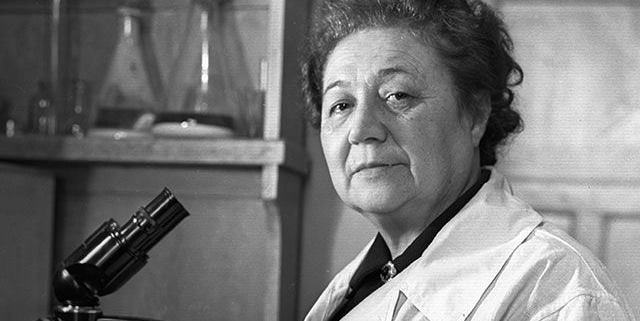 Zinaida Yermolyeva saved thousands of people during World War II by developing a new type of antibiotics. Abroad, she is also called the “Penicillin Mistress”.

Zinaida Yermolyeva was born in 1898 in the Region of the Don Cossacks – this is how Volgograd Region was called before. In 1921, she graduated from the Women’s Medical Institute in Rostov.

In the second year of study, Zinaida Yermolyeva became fascinated with microbiology and dedicated her entire life to it. At the same time, a cholera epidemic in 1922 had a great influence on it, which swept across the region like a tornado. At that time, she almost died when she drank a liquid with cholera-like vibrios, which she herself had isolated from tap water. A few hours later, Yermolyeva became seriously ill but was able to overcome the disease. Thus, she proved that vibrios are the causative agents of cholera – it is thanks to her discovery that since then water has been chlorinated in public places.

In 1925, Zinaida Ermolieva moved to Moscow. Up until the epidemic in Afghanistan in 1939 and beyond, she continued to develop methods for diagnosing and fighting cholera, for which she was soon given the title of professor.

During the war, she arrived at the besieged Stalingrad, where a cholera epidemic could begin. Zinaida Yermolyeva, in the most difficult conditions, launched the production of bacteriophage, chlorinated public wells and launched mass vaccination. For this, she was awarded the Stalin Prize.

During World War II, penicillin was developed in the West. Later, Howard Florey won the Nobel Prize. However, no one wanted to immediately share the revolutionary discovery with the USSR, so Zinaida Yermolyeva was instructed to develop a Soviet analog of the antibiotic.

The crustosin was even more effective than its western original. Howard Florey, who arrived in the USSR, was delighted with the work of his Soviet colleague, whom he called “Ms. Penicillin.” This nickname was firmly established for Zinaida Yermolyeva – not only here, but also abroad.

Up until his death in 1974, Zinaida Yermolyeva was engaged in microbiology and antibiotics in particular. Thanks to her discoveries, drugs were created that still do not leave the pharmacy shelves: levomycetin, streptomycin and interferon.

bioequivalenceClinical trials in the CISfeasibilitymonitoringRadiopharmaceuticals
Ministry of Health is in favor of lifting the ban on the cultivation of opium...

What do people know about clinical trials?
Scroll to top