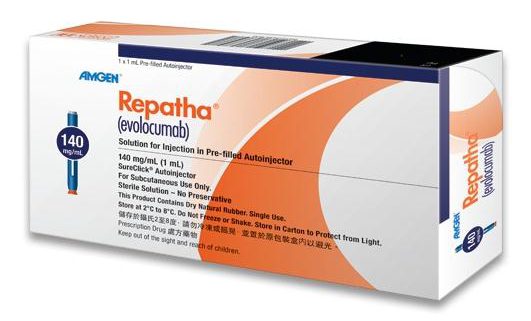 Amgen has rolled out a new economic analysis of Repatha’s outcomes study, Fourier, which initially failed to wow the market when unveiled earlier this year. The PCSK9 (proprotein convertase subtilisin/kexin type 9) drug is cost-effective at $9,669 per year or less.

Amgen argued that this new study is different, because it includes real-world data, including rates of cardiovascular events outside of clinical trials. One of the criticisms of Fourier results was the number of patients treated to prevent one heart attack or stroke—and the cost of treating all those patients compared with the cost of statins. The American pharmaceutical company claimed that, in patients at high risk, that number is considerably lower.

“The analysis identifies the types of high-risk patients for whom this therapy is both clinically beneficial and cost-effective,” according to Gregg Fonarow, professor at the UCLA David Geffen School of Medicine. “This study provides a critical input to the overall cost-effectiveness debate that has surrounded PCSK9 inhibitors.”

Since Fourier, Repatha script levels have grown, but better numbers might move the needle more. The key word is “might,” of course. And there’s another set of data that could make a difference, and it’s expected later this year or early next. That’s Sanofi and Regeneron’s outcomes study of Repatha’s head-to-head rival Praluent. The companies are locked in a patent fight that could render that data moot. But if not—and if that outcomes data proves more promising than Repatha’s—it could give Praluent a competitive boost. However, Repatha can also get some advantages from this data.

GlaxoSmithKline and Alibaba agreed to collaborate in China
Scroll to top