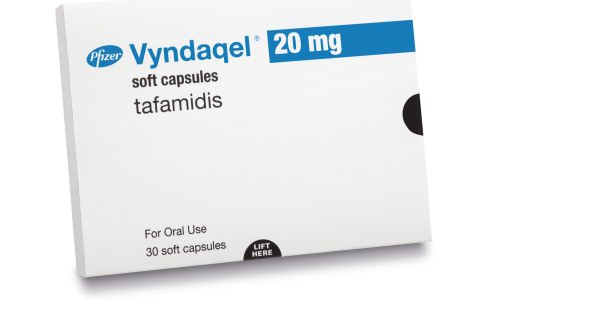 In the section of the newest clinical trials of the 22nd annual scientific conference of American society in heart failure there were the results of the sensitivity and post-hoc analysis. New analysis of death due to any cause has shown the benefits of Tafamidis in all subgroups.

Tafamidis is the single experimental drug that has successfully passed the Phase III clinical trial, which evaluates its safety and efficacy for the treatment of the disease.

ATRT-CMC is a rare and poor diagnosed fatal disease associated with progressive heart failure for which there is no approved pharmacological therapy.

The primary results of the study were presented on August 27, 2018 at the Congress of the European Society of ECC 2018 cardiologists in Munich (Germany) and were simultaneously published on the Internet in the Nejm (“New Joggy Medical Medical Journal”).

Additional primary results showed that in comparing with placebo Tafamidis during 30 months greatly reduces the combination of death due to any cause and the frequency of hospitalization associated with cardiovascular manifestations of diseases, in patients with “wild type” ATRT-CMC and a hereditary form of the disease.

In addition, in comparing with the placebo, Tafamidis reduced the risk of death due to any cause in all subgroups (wild type disease, hereditary disease and functional classes NYHA I, II and III). “These additional data also confirm that Tafamidis is a promising cure for treatment of “wild type” ATRT-KM or hereditary disease,” Brenda Cuperston, the Senior Vice President and the head of the Development Defense, the main specialist of the drug department for the treatment of orphan diseases and the development of global products of Pfizer, said. – We are looking forward to get more information  from analysis of this study and continue to work with regulatory authorities of different countries to make this drug available for patients. ”

“Having received statistically significant results of the primary analysis of the Phase III clinical trial of Att-ACT, we sought to go deep into the efficacy of Tafamidis in these key subgroups of patients,Mathew S. Maurer said, Head Doctor of the Cathedral of the Center for the Study of Hypertrophic Cardiomyopathy at the Presbyterian Hospital in New York / the Clinic of the Columbia University, presenting the results of the Att-ACT study at the annual HFSA 2018 conference. – The additional analysis confirm the results presented at the ESC 2018 congress and published several weeks ago in the New Jognog Journal of Medicine, which emphasizes the importance of raising awareness about this potentially death disease and the importance of diagnosing the disease at earlier stage. ”

Taking into account severity of the disease and the lack of alternatives for the treatment, Pfizer approved advanced access to Tafamidis for the patients suffering from ATTR-CMC, which can benefit from the treatment before approval of the drug by supervisory authorities.

Access to such programs may differ depending on the country; health care providers are encouraged to contact the local Medical Department of Pfizer for more information.

Interested patients suffering from ATTR-CMC should contact with their doctors to discuss the expediency of treating by Tafamidis.

In 2012, Tafamidis received the status of an orphan drug for the treatment of ATTR-CMC in both EU and the United States, as well as in 2018 in Japan. In June 2017 and in May 2018, accordingly, the       Food and Drug Administration (FDA) decided to introduce an accelerated application procedure for the drug with the status of fundamentally new, breakthrough drug for the ATTR-CMP therapy.

In 2017, Tafamidis (Vyndaqel) was approved in the Russian Federation. This is the first and the single drug in Russia with an approved indication “for the treatment of transthyretin amyloidosis in adults with clinically apparent polyneuropathy in order to delay the development of disorders in peripheral nerves.”