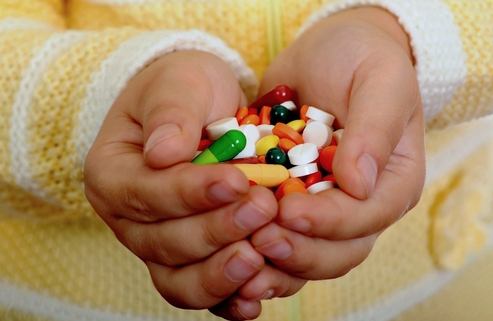 According to the Ethical Principles for Medical Research Involving Human Subjects of the Declaration of Helsinki, “Medical research is subject to ethical standards that promote respect for all human beings and protect their health and rights. Some research populations are vulnerable and need special protection. The particular needs of the economically and medically disadvantaged must be recognized. Special attention is also required for those who cannot give or refuse consent for themselves, for those who may be subject to giving consent under duress, for those who will not benefit personally from the research and for those for whom the research is combined with care.”

The Federal Law “On drug circulation” (2010) states that young people (before 18 years) in Russia can participate in clinical studies only on achieving informed consent from parents or adoptive parents. Children can be considered as potential patients for the clinical study only if conducting this study is necessary for the promotion of health or prophylaxis of infectious diseases at an early age or if the purpose of the study is to adjust the dosing regimen for children. In these cases, it is mandatory that clinical studies with adults were conducted first except for the cases when the tested medicine was developed only for young people usage. It is prohibited to include in the study orphaned children or children deprived of parental care.

EMA and European Commission are inviting all stakeholders to take part in a workshop organized together with the European Commission to reveal and discuss possible advances for implementation in the EU regulatory documents for paediatric medicines, so called the Paediatric Regulation. The workshop will take place in London on 20 March 2018.

The Paediatric Regulation was accepted in 2007. Ten years later, in 2017, it was published that there was a significant increase in the number of developed medicines for children in different therapeutic fields since that time, especially in rheumatology and infectious diseases. However, it was also outlined that there was a little progress in developing medicines for treating childhood diseases or diseases which present different courses in children and adults. Based on this statistic, the European Commission, EMA and its Paediatric Committee (PDCO) plan to develop a detailed set of actions which must be taken to boost the development of paediatric medicines in Europe.

bioequivalenceClinical trials in the CISfeasibilitymonitoringRadiopharmaceuticals
The current situation with falsified medicines in the EU: measures to overcome...