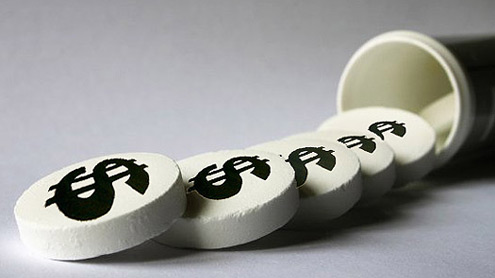 Despite all difficulties, over the past 10 years, the largest players in the pharmaceutical market improved their positions. However, some moved far more than others, and they are now creating history.

But among the top 15 pharma companies ranked by 2016 revenue, several weren’t even close to that stature in 2007. Gilead Sciences, for one, took a flying leap into the top echelon thanks to its blockbuster hepatitis C drugs Sovaldi and Harvoni. Back in 2007, Gilead was largely an HIV drugmaker, and it posted a record year—$4.2 billion in revenue. What is it this time? Almost $ 31 billion, about seven times as much.

A couple of glaringly obvious changes since we ranked drugmakers by 2007 revenue: One, Pfizer bought Wyeth in 2009, pulling its name off the rankings ever since. Wyeth brought in $22 billion that year to Pfizer’s $48 billion. Though the wisdom of that deal has been debated ever since—it’s a case study in some business schools—Pfizer has the Wyeth buy to thank for one very important product: Prevnar, its pneumococcal vaccine and current top seller with $5.72 billion in 2016 revenue. Not to mention the immunology med Enbrel and Effexor, the antidepressant that was a big earner for the company till it went off patent.

Companies are making history today with a lot of deals, patent losses, new drug launches, and they can enter or delete themselves from among the top companies now. What will be the trend? Will something change drastically over time? We will figure out in 10 years, in 2027.

Amgen concede in dispute with Pfizer
Scroll to top