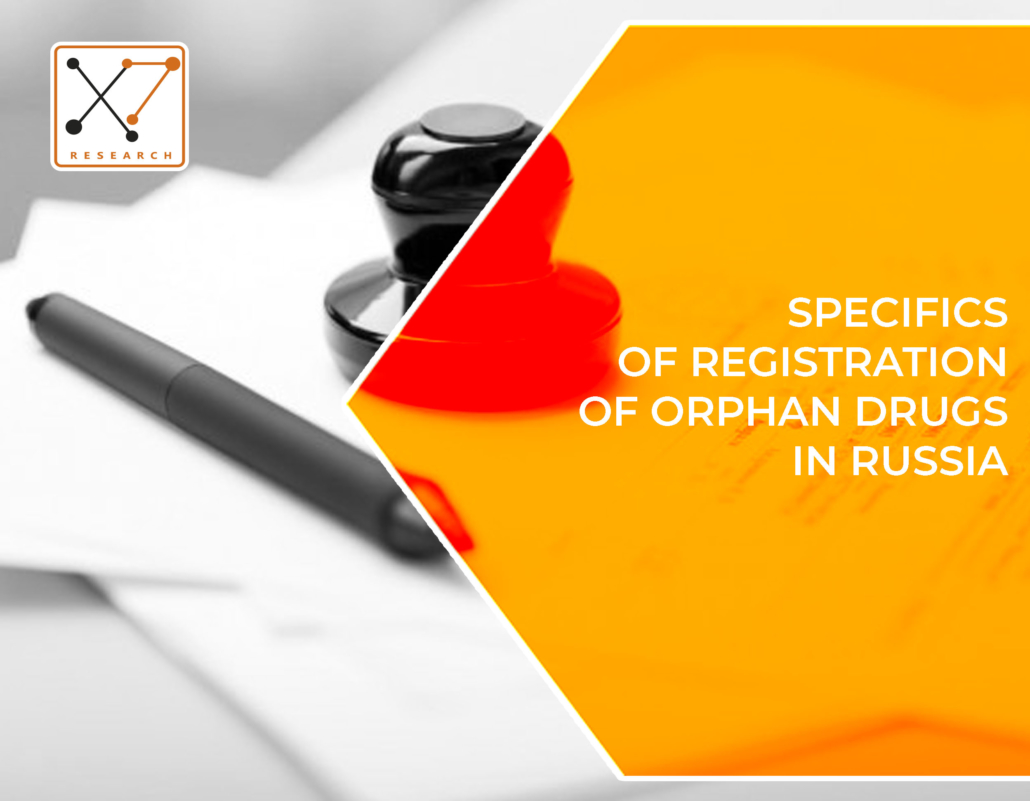 It is believed that if a disease is rare, it is very difficult to meet it among patients, but collectively all “rare” patients constitute a huge population. For example, about 30 million patients with rare diseases are registered today in the European Union. Diagnostic methods of modern medicine are becoming more and more advanced, and with the development of science more and more rare diseases are revealed – on average 5 new pathologies become known every week. All in all, about 5-7 thousand rare diseases (congenital, hematological, oncological, autoimmune, and others) are known to date.

For the first time in the Russian legislation the definition of “orphan diseases” was given in 2011 in the Federal law “On the bases of health protection of citizens in the Russian Federation”. This document defines rare (orphan) diseases as diseases with the prevalence of no more than 10 cases per 100 thousand people (or 1 case per 10 thousand). According to various estimates, from 300 thousand to 5 million people are suffering from rare diseases in Russia. The lack of more precise statistics is because the concept of orphan diseases was introduced quite recently.

Moreover, in 2012 the Government of the Russian Federation approved the list of life-threatening and chronic progressive rare (orphan) diseases, leading to reduction of life expectancy of citizens or their disability, represented by 24 nosologies and placed in open access on the official Internet portal of legal information (pravo.gov.ru). Also approved were the rules for maintaining the Federal register of persons suffering from rare (orphan) diseases designated in the list.

According to Federal Law No. 61-FZ dated April 12, 2010 orphan drugs intended exclusively for diagnostics or pathogenetic treatment (treatment aimed at the mechanism of disease development) of rare (orphan) diseases are referred to as orphan drugs.

Most drugs used to treat patients with orphan diseases have a very high cost, as they are created based on expensive biotechnologies, including the development of monoclonal antibodies, recombinant proteins, and other complex substances in production. It takes an average of about 10 years of work and about $1 billion of investment to create an innovative drug. If an innovative drug is developed to treat a mass disease and will be sold in large quantities, then the costs of its production will pay off. But in the case of orphan drugs, it’s different – there are very few patients worldwide, so the volume of sales will be very small, and the cost of each package, which is correspondingly expensive, will increase significantly.

Some manufacturers see no commercial benefit for themselves in the production of orphan drugs. Nevertheless, every year more and more of them appear on the international market. This is not the least since the production of such drugs in some countries is supported by benefits from the state. For example, in the U.S. there are tax benefits for manufacturers of orphan drugs. Besides, in the USA, Japan, and the EU countries, the producers of orphan drugs are provided special conditions for bringing the drug to the market considering its medical indications – within 10 (EU), 7 (USA), and 5 (Japan) years after bringing the drug to the market no more drugs will be registered for this indication. Such special conditions have been introduced since the development of orphan drugs takes longer (up to 15 years) than the development of other drugs, due to the long lead time to enroll patients in clinical trials.

In Russia, very important steps have also been made in this direction. Today there is a program called “7 Nosologies”, which allocates funds for the purchase of drugs for patients suffering from one of seven diseases that require treatment. Of these seven nosologies, four are rare diseases: hemophilia, cystic fibrosis, pituitary dwarfism, and Gaucher disease.

The “7 Nosologies” program has demonstrated good results in the treatment of patients with rare diseases. For example, the lives of patients suffering from hemophilia have improved dramatically. If before the disease led to their disability, fractures, they were limited in terms of ability to work and had a very low quality of life, now hemophilia, due to patients receiving modern medicines, is treated very effectively, allowing patients to lead a full life.

Of great importance in funding the treatment of patients with orphan diseases worldwide, including in Russia, are charitable and patient organizations that bring together patients with a particular rare disease. Since 2008, the last day of February has been declared Rare Diseases Day, which emphasizes the public importance of the problem of treating these diseases.