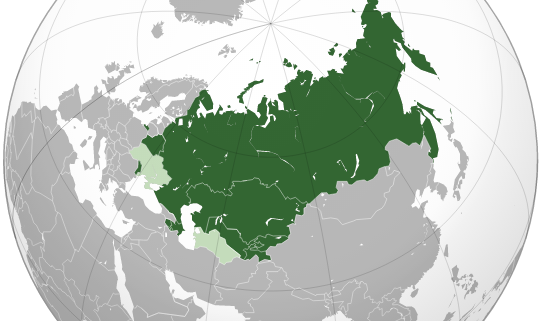 The capacity of countries located in CIS region as with regards to the clinical trials of medicines and medical devices is currently severely underestimated.

Previous negative experience (long and difficult approval process) as well as political risks are named by the market players as the main reasons to avoid the countries of this region. Yet, ongoing changes in legislation and organization of clinical trials (CT) in these countries did improve timelines and reduced complexity of regulatory approvals.

For example, Russian Ministry of Healthcare approved 29.7% more clinical trials in the first half of 2016 compared to the same period of 2015, and this trend is maintained in the third quarter.

Despite relative decline in the number of clinical trial approvals in the Ukraine in 2015, favourable changes in legislation (especially in the area of international clinical trials (ICT)) resulted in the increase of approvals in 2016 as well as in the substantial interest in CT conduct in the Ukraine declared by some big pharmaceutical companies.

Member states of Eurasian Economic Union (EEU) – Russia, Belarus, Kazakhstan, Kyrgyzstan and Armenia – actively collaborate on the harmonization of clinical trial regulations since 2015, and it should be noted that common legislation of EEU is becoming quite similar to EU regulations. Russia, Kazakhstan, and Belarus are already visible players on the clinical trials market in the region, and Armenia and Kyrgyzstan are looking forward to the implementation of EEU rules that are expected to result in the dramatic increase of CTs in these countries.

Legislation and clinical trial setup in Georgia are making it remarkably attractive for international clinical trials. Georgia holds the first place in the region with regards to the timelines for regulatory approval (1.2 months only), and if Georgia participates in an international CT, “first patient in” typically occurs there.Ukraine is on the second place (2.5 months on average), and it should be noted that changes in the legislation and related procedures during the last 12 months are consistently towards further reduction of timelines and simplified approval processes that are indicative of governmental support of CT conduct.  Regulatory approval timelines in Russia, Belarus and Kazakhstan vary from 3 to 4 months, and further reduction of regulatory approval and license obtaining timelines (especially taking the EEU harmonization process into account) is already visible.

Apart from regulatory and organizational aspects, other peculiarities of clinical trial conduct in the region must be noted, with high recruitment speed, patient compliance, and high data quality being among the most important ones. Analysis of the regulatory inspection outcomes, including those conducted by EU and US inspection, confirm the substantially lower percentage of critical findings, especially in Georgia and Russia. This is also facilitated by the fact that healthcare systems in the countries of CIS region as well as in Georgia and Ukraine formed under the substantial influence of soviet medicine where detailed documentation and strict reporting procedures, as well as quality indications, were the national standard. Furthermore, all countries that are currently involved in clinical trial conduct in the region, have implemented GCP analogs or translations.

Confident relationships between physicians and patients enhance rapid recruitment and retention in CTs. Last but not least, relatively low availability of modern diagnostic and treatment options for the population of the region also facilitates recruitment rate and allows inclusion of treatment-naive patients as well as patients with various grades of disease/condition. Moreover, the ecologic disaster like Chernobyl tragedy of 1986 or Kyshtym disaster of 1957 (resulting in eastern Ural radioactive trace formation), as well as 30 years of various political crises in the countries mentioned, result in the increased prevalence of chronic and oncologic diseases. One should also take into account that majority of potential study subjects in the region belong to Caucasian race (that improves comparability of results) with the unique distribution of genotypes (that increases the attractiveness of the region for CTs in oncology and immunology).

Available and diverse patient population, high quality and professional skills of investigators, as well as positive changes and harmonization of clinical trial legislation and overall system of clinical trial conduct makes CIS region reasonably attractive for the conduct of both international and local clinical trials of medicines and medical devices.

bioequivalenceClinical trials in the CISfeasibilitymonitoringRadiopharmaceuticals
WHO on biosimilars: changes cannot be done silently!