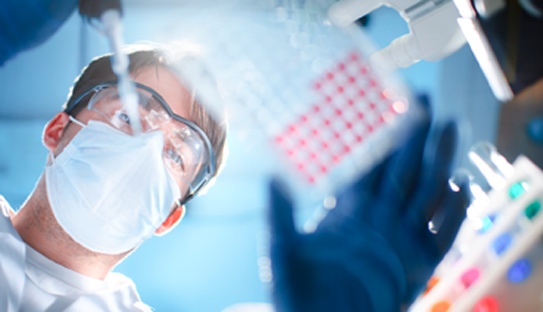 I Phase of clinical trials

The first trials in humans of a new drug (active ingredient) with its preliminary evaluation. Usually, such tests are conducted on a small group (up to 100) of healthy volunteers.

At this stage, we study:

The importance of Phase I clinical trials is to obtain data on the tolerability and safety of the drug in order to decide whether to further develop or discontinue research.

The aim is to obtain preliminary data on the safety and tolerability of the drug, to make a primary characteristic of the pharmacodynamic and pharmacokinetic properties of the drug in humans, and sometimes also to determine the initial efficacy in human trials

Why do healthy volunteers usually participate? Healthy volunteers (usually male, young) are a homogeneous, highly selective, resistant to potential adverse events, a sample from the general population. In addition, volunteers are easier to recruit and observe. Eliminates the ethical problem associated with the appointment of patients with treatment with unproven efficacy.

In the early stages of Phase I trials, the initial dose, multiplicity and route of administration of the drug are usually established in preclinical trials (in laboratory animals). However, due to differences in pharmacokinetics and pharmacodynamics in humans and animals, such doses may require correction.

If the drug is safe and well tolerated, the clinical trial goes to Phase II. This phase requires the inclusion of more subjects, but with a disease (or condition) for which (the diagnosis and/or prophylaxis) of which the active ingredient is intended.

The goal of Phase II clinical trials is

Pilot clinical trials, designed primarily to determine the level of drug safety in patients with a disease or syndrome for which the drug is used.

During Phase IIa, it is necessary to verify

More extensive basic clinical trials (pivotal trials). They are planned to determine both the effectiveness and safety of the drug’s effects on patients.

The main objective of Phase II6 is to determine the optimal dose level of the drug in order to continue its study in Phase III clinical trials.

Phase II trials are the most important step necessary to decide whether to continue developing a new drug.

Such tests imply the existence of a planned design, clear inclusion/exclusion criteria, randomization, dazzling, follow-up procedures. In other words, such studies are methodologically similar to Phase III trials.

bioequivalenceClinical trials in the CISfeasibilitymonitoringRadiopharmaceuticals
Cardio drug Bayer and J & J fails in attempts to expand indications for...