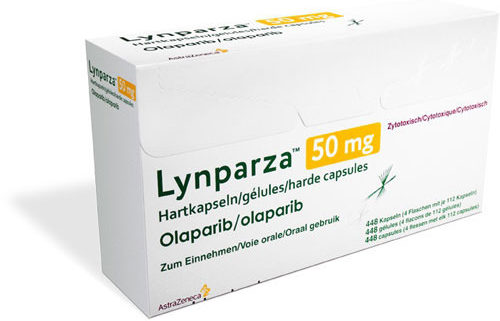 The FDA decided it Thursday not only for a new oral formulation of Lynparza, but for a new indication as a maintenance treatment—essentially, second-line therapy designed to keep cancer at bay as long as possible.

What is remarkable, Lynparza snagged that approval not only in patients with BRCA gene mutations, the population it already targets, but in women without those mutations, a much larger group.

“While we see pros and cons for each PARP inhibitor, we expect these differences to negate each other, resulting in relatively similar market shares in the second-line-plus maintenance setting,” Leerink analyst Seamus Fernandez said in an investor note of Thursday approval.

For those keeping score in the PARP field, however, Lynparza’s Solo-2 trial was seen as a strong indicator that it would snag the broader approval, if not as broad as that trial suggested. Drug data showed that it delayed cancer on average by 19.9 months, and in some cases by 24.5 months compared with standard treatment.

It’s “always been a three-horse race,” Brezzano summed up.