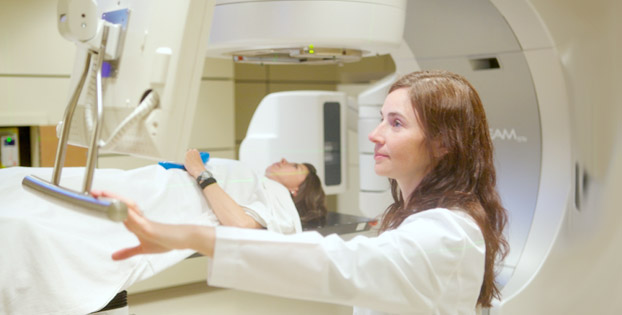 On November 2018 at XXII Russian Oncological Congress Professor Dennis Slamon, the Head of the Department of Hematology and Oncology of the University of California in Los Angeles and founder of targeted cancer therapy, made a speech. In his speech he talked about the development of modern approaches to the treatment of breast cancer (BC) including the most important discoveries in this area.

Dennis Slamon noted that breast cancer is one of the most common cancers in women. In the United States alone more than 200 thousand breast cancer patients and over 39 thousand deaths are registered every year.

For a long period breast cancer was treated with traditional methods of chemotherapy, while the outcomes in patients varied significantly. The situation was changed after it was realized that breast cancer is a spectrum of diseases, the most aggressive forms are associated with overexpression of human epidermal growth factor receptor 2 (HER-2). This type of cancer, called HER 2-positive, is detected in 20-25% of patients with breast cancer and is one of the least favorable forms of the disease.

The discovery made by prof. Slamon led to the creation of a monoclonal antibody that inhibit the HER-2 receptor, and made it possible to completely change the fate of a huge number of women. Today HER 2 positive breast cancer is treatable with adjuvant therapy in patients.

Currently, patients with HER2-positive breast cancer have the most favorable prognosis of the disease. All over the world 3 million of breast cancer patients have already been treated.

The scientist also raised the issue of therapy for patients with HER 2-negative hormone-positive breast cancer, and mentioned that these tumors are up to 65% of all breast cancers. For the treatment of such patients hormonal anticancer drugs are used, but the therapy doesn’t always lead to the expected result. In order to solve this problem in 2009 under the guidance of prof. Slamon scientists began to research cyclin-dependent kinases (CDK), a group of proteins that play a leading role in regulating the cell cycle. As a result CDK inhibitors have been developed. But the CDK inhibitors were broad-spectrum drugs, their use was accompanied by severe toxicity.

The answer was the creation of a selective inhibitor of CDK 4/6 (cyclin-dependent kinases 4 and 6). Already the first clinical trial involved 12 patients showed that the drug inhibited tumor growth until its complete disappearance. The level of white blood cells in patients did not decrease, the patients did not go bald, none of them complained of nausea. A larger clinical trial where 165 women participated showed while taking CDK 4/6, the period of tumor control increased by 2 times: from 10 to 20 months. The cases of complete cure were recorded. According to the international multicenter CT where 660 women participated including Russian patients, the new drug was approved and brought to the market. Today several drugs of this group are registered in the world, including two drugs registered in Russia.

BRIEF OVERVIEW OF CLINICAL RESEARCHES OF ANTI-CANCER ACTIVITY OF ARTEMISININ...
Scroll to top