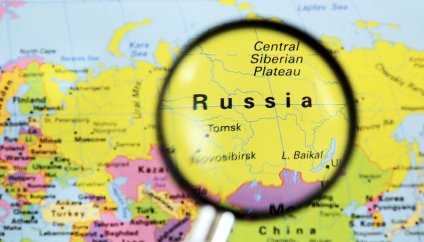 Clinical trials including multinational and multicenter ones are conducted in Russian Federation since the beginning of 90ies of XX century, and it was involvement of Russia into the international clinical trial market that promoted development, improvement and harmonization of the regulatory and ethical requirements for the conduct of such trial in the country. Over relatively short period compared to other countries (less than 20 years) Russian Federation changed several “generation” of regulations and guidelines in clinical trials. Good Clinical Practice (GCP) was adopted as national standard (GOST) in Russia in 2006 being the almost literal translation of the corresponding International Conference for Harmonization (ICH) guideline. Federal Law ФЗ-61 “On the circulation of medicines” entered force in 2010 that, with its numerous amendments introduced from 2010 till 2016, gradually harmonized standard of submission and conduct of clinical trials as well as registration of new medicines, with international standards.

Since 2011 (soon after the start of action of ФЗ-61) Scientific center for expertise of medical products attached to Russian Ministry of Healthcare started developing and publishing guidelines for industry and own experts in conduct and expertise of pre-clinical and clinical trials of medicines that were largely based on ICH guidelines, European Medicines Agency (EMEA) scientific guidelines and Food and Drug Administration (FDA) guidances. Guidelines on good clinical practices were clarified and enriched and approved by the Order of Russian Ministry of Healthcare. Finally, by the end of 2016 long list of regulations of Eurasian Economic Union will enter force including those related to clinical trials that will further harmonize procedures of registration and control in the circulation of medicines in Russia and EU/US.

Moreover, active collaboration of EU and US regulatory agencies with Russian Ministry of Healthcare in drug registration and pharmacovigilance is ongoing for at least 10 last years. As part of the dialogue between EU and Russia, a subgroup on pharmaceuticals was established in 2007. Since then this group actively involves EMEA in the discussions related to scientific and technical issues of registration and circulation of medicines. Memorandum of understanding was renewed again between U.S. Pharmacopeial Convention (USP) and Federal Service on Surveillance in Healthcare (Roszdravnadzor) of Russian Federation in October 2015, reinforcing collaboration in the area of regulation of pharmacopeial requirements and good laboratory practice in Russia and US. A similar memorandum was signed almost immediately after that between FDA and Roszdravnadzor in the area of clinical trials and registration of medicines. Roszdravnadzor experts regularly visit USP and FDA to participate in training and improve their skills that are also adding to further rapprochement of understanding of clinical trial conduct by regulators in both countries.

Consequently, Russian Federation managed to developed a solid (yet, continuously evolving) system of control over development and conduct of pre-clinical and clinical trials for pharmaceutical agents, and experts of Russian Ministry of Healthcare are sometimes even stricter compared to their colleagues in EMEA and FDA, following national and international clinical trial regulations and guidelines literally. For example, until recent medicines for oral intake without systemic absorption were treated by Russian experts only as medicines that correspondingly assumed the certain volume of preclinical and clinical study data, while EMEA standards allow registration of some medicines of that kind as medical devices that assumes less clinical and preclinical data. Analysis of rejections or comments provided by Russian Ministry of Healthcare for clinical study protocols that were approved at the same time in other countries of the region showed that Russian experts conduct a profound review of protocol text and require strict adherence to ethical and regulatory standards. Ever increasing the amount of Roszdravnadzor inspection of clinical trials assured high data quality, and the latter is support by the results of multiple regulatory inspections conducted by EMEA and FDA – percentage of inspections without major findings is the highest in Russia compared to other countries in the region.

Accordingly, over the last 10 years, several western pharmaceutical companies started using clinical study data from trials conducted in Russian Federation more and more broadly, for both new and generic drugs. It is widely known that such new medicines as Tykerb (GSK), Ixempra (BMS) and Mircera (Roche) were registered in EU and US based on the study results from trials where Russian population took a major part. Novartis registered Gilenya in Russian Federation earlier than in any other country including US and EU based on the registration dossier containing fingolimod clinical study results from a clinical trial with major participation of Russian patients with multiple sclerosis.

Registration dossier of Abraxane (generic paclitaxel) that is currently registered in EU and US, contains substantial proportion of data from Russia – half of Phase I trials were conducted in Russian Federation exclusively, and proportion of patients from Russia and Ukraine reached 80% in pivotal Phase III study (it should be noted that Russian clinical sites amounted only 25% of all active sites in this study).

Clinical study results from the trials conducted in Russia are not used by international pharmaceutical companies only. Russian company R-Pharm, after consultations with FDA in 2015, got approval for a large-scale program of clinical trials of olokizumab (monoclonal antibody for the treatment of rheumatoid arthritis) in Russian Federation and the US, with Russian population expected to prevail in all clinical trials of this program.

Thus, recent experience clearly shows that clinical study results from trials conducted in Russian Federation or with substantial involvement of Russian patients are reviewed and accepted by EU and US regulatory agencies. Moreover, high data quality and availability of diverse patient populations in more than 1000 investigative sites make Russia quite attractive for industry.

bioequivalenceClinical trials in the CISfeasibilitymonitoringRadiopharmaceuticals
Solanezumab for Alzheimer’s: the truth is still out there

FDA pharmacovigilance approach is strict but flexible
Scroll to top