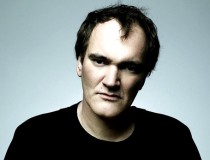 Alzheimer’s Association estimates that 46 billion people worldwide are affected by this disease, with the financial burden of Alzheimer’s reaching 604 billion USD per year worldwide. Nature journal predicts the prevalence of the disease will reach 130 million by the year 2050. The pharmaceutical industry and multiple governments are struggling to find the cure, and this struggle is far from victory.

Solanezumab (Eli Lilly, USA) is a monoclonal antibody that targets b-amyloid, a protein which builds up into subcortical plaques in brain tissue of affected individuals. This protein is presumed to be involved in neuronal death which results in a typical clinical representation of Alzheimer’s disease.

A year ago, the company released preliminary study results, per which the drug was going to be proven effective. Unfortunately, final study results were disappointing, and on November 23rd this year Eli Lilly published an official press release confirming that treatment with solanezumab didn’t improve ADAS-Cog14 score (primary endpoint of the study) compared to placebo (p = 0,95).

Yet, The company has not lost its faith in solanezumab because Alzheimer’s is probably should be treated earlier. Eli Lilly still relies on solanezumab in A4 trial (Anti-Amyloid Treatment in Asymptomatic Alzheimer’s). People aged 65-85 years without signs of the disease but with evidence of b-amyloid accumulation in brain tissue on PET scans are included in this study.

Acceptance of results of clinical trials conducted in Russia for registration...
Scroll to top