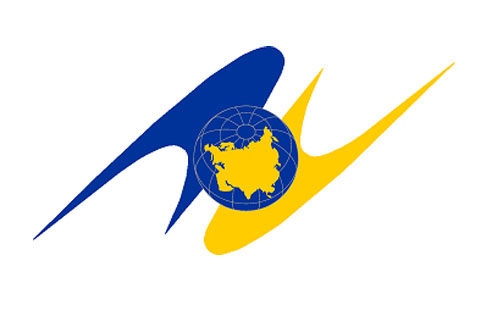 Common regulatory setting and common market for medicines have a long and difficult history. For the first time, it was mentioned in the middle of 2014, when presidents of Russian Federation, Belarus, and Kazakhstan signed a treaty on Eurasian Economic Union (EAEU). It was expected that the common market starts no later than on 01 Jan 2015, all parties were quite optimistic and were sure that six months is enough to agree on approaches on the assurance of quality of medicines, circulation rules and realization of supervision and approval functions in the area of medicines by local authorities. Yet, finally, it lasted for long three years. Disagreements emerged here and there, the entire industry was unsure where to move.

Manufacturers and distributors waited that new rules will come into effect, and they can comply with them, but the effective date was postponed again and again. Regulatory authorities didn’t help here at all – every 6 months it was widely announced that from January, or, say, from June, new rules will come into effect for sure, so, they acted like a boy shouting “wolves!” to make fun of his fellow villagers. Pharmaceutical society got used to these announcements to start the new market to the extent where every new message on the topic was simply ignored. And then – completely out of nowhere like a thunder in fine weather – and quite unexpected for everyone including regulators, all documents came into effect since 06 May 2017. This was, in fact, the reason why regulators do not have electronic systems for submission of registration dossiers in EAEU CTD format, and no electronic document exchange was established so far between the member states. The market was launched de jure, yet, de facto it is impossible to submit the dossier in the new format, there are simply no technical means to accomplish this.

It should be noted that while EAEU regulations were under development and review, EAEU has increased the number of member states by two – Kyrgyzstan and Armenia have entered the treaty, and, taking them into account, common population of the member states reaches 182 million people that constitute a huge market. The Economic crisis, however, affected the pharmaceutic industry in EAEI, and if at the beginning of its formation this market was assessed to be 30 billion USD, now it is reaching 21,4 billion USD only. Nevertheless, all experts conclude the launch of the common market will be a huge stimulus for further growth.

What did the common market bring to the industry? The principal advantage here is the ability to register medicines for the entire EAEU at once. This allows the manufacturer to save a lot of money and time when registering the new medications (both original and generic ones) as any country of EAEU can be selected as the reference state, while in other countries medicine can be registered through means of mutual recognition. It is also important that clinical trials themselves can be conducted in one country of EAEU only now while previously it was required to have clinical trials conducted in each of the member states.

Of course, there was a treaty between Russian Federation and Republic of Belarus allowing mutual recognition of clinical trial results conducted in these countries, but in fact, both local regulations frequently found convenient reasons to decline reports on trials conducted in another state. Nowadays, clinical trial requirements are standardized for all member states, common GCP is ratified, approaches for bioequivalence studies, biosimilar studies and medical devices registrations and many other approaches are unified. Development of new regulations is ongoing (actually these are translation and validation of ICH and EMA regulations). EAEU documents are supranational for member states and will prevail in questionable cases. This makes the market more transparent and predictable.

It should be specifically noted that in EAEU all medications that were previously approved per local legislation should be re-registered according to EAEU legislation by 2025. This will become a headache for many pharmaceutical companies as currently there are a lot of old “Soviet” medications circulating on the market. These medications don’t have proper preclinical studies at all or their results were lost a long time ago; their clinical efficacy is barely proven for each of the registered indication.

Local pharmaceutical manufacturers have no other choice rather than conduct a full range of studies otherwise by 2025 they will be forced to leave the market. Foreign and international pharma are in equally difficult situation, with many of the medications were unconditionally approved in those good old times when local registration clinical trials were not required at all. According to the Rules of registration of medications of EAEU, in order to register a medication in EAEU after 2016, a clinical trial conducted in one of the member states is required. This issue will become more and more severe as 2025 approaches. Only those manufacturers that revise their registration dossier in time (and conduct preclinical and clinical studies accordingly) will win, others will leave the market.