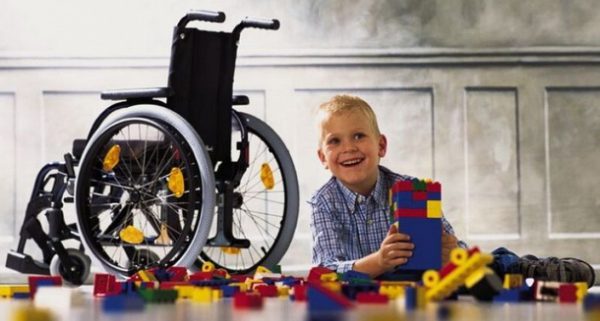 Cerebral palsy (CP) is a highly prevalent condition that is also associated with diverse co-morbidities. US CDC estimates worldwide prevalence of CP ranging from 1.5 to more than 4 per 1,000 live births. According to a special CDC subdivision Autism and Developmental Disabilities Monitoring (ADDM) CP Network, walking and balance are significant issues for these children.

Children with CP enjoy playing videogames just as well as other kids. It’s obvious and now it gets excessively investigated as a walk and balance rehabilitation programmes for kids with CP.

To assess feasibility of a new approach, Radtka et al. used a virtual paper airplane game based on Nintendo Wii Fit Balance Board game console. Children controlled the movement of a virtual paper airplane by shifting weight in different directions on the console to guide the plane toward a series of targets. This method was considered perspective for rehabilitation because it was safe and highly rated as enjoyable by some of little participants.

Clinical Effecacy of Nintendo Wii Fit Balance Board was further investigated in randomized controlled trial by Gatica-Rojas et al. Study included 32 children with CP with spastic hemiplegia or spastic diplegia that were randomly assigned to Nintendo or to standard physiotherapy. Experiment lasted for 6 weeks. The study results shown that for spastic hemiplegia patient Nintendo Wii rehabilitation is superior to physiotherapy in terms of improving standing balance. Unfortunately, this superiority waned 2-4 weeks after active faze completion.

So, this programme can be potentially easily implicated into routine practice, it does not require any significant rehabilitation facilities’ staff education or effort from a child.  One won’t need much additional motivation to play computer games and to become more mobile at the same time.

These studies pioneered use of video games for CP rehabilitation. Society is going to see more and more of such rehab programmes in routine practice soon. Hi-tech technology already actively conquers medical care, as we have already seen with Apple Watch or even pre-instaled health apps on modern cell phones.

Drug is finally approved? It’s not over yet.
Scroll to top