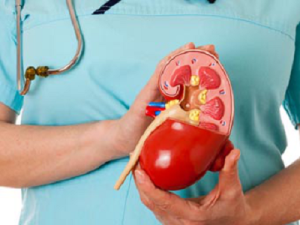 But relative success is not a sign that a problem with organ availability is completely solved as waiting times for kidney transplants exceed 3 to 5 years in many parts of the United States.

An extraordinary solution was recently suggested by Goldberg et al. Since more than 500 high-quality kidneys from deceased donors with hepatitis C virus (HCV) infection are discarded annually and new antiviral agents used to treat HCV are efficient, safe and tolerable, authors considered kidney transplant from HCV-infected donor a clinically feasible option and persuaded 14 patients to consent for such transplant surgery in case of organ from infected donor becomes available before any other kidney. So, 10 of them received HCV-infected kidneys. Median time in waiting list was only 58 days, but median Kidney Donor Profile Index (kidney “quality” measure) was 42% which was considered as an indicator of relatively high risk of graft rejection.

Obviously, all patients had detectable HCV RNA levels post-op, so elbasvir-grazoprevir antiviral therapy was initiated in all patients and all of them were successfully cured of hepatitis C (undetectable viral load on week 12). Transplantation was effective – median estimated glomerular filtration rate at 6 months was 62.8 ml per minute per 1.73 m2.

One might assume that a potential El Dorado of kidney transplants has been found as a result of this tiny and bold study but one patient developed transient new class I donor-specific antibody, one – proteinuria (subject was suffering from IgA-nephropathy before transplant) and in one – focal segmental glomerulosclerosis was detected.

From a study with such small sample size only careful conclusions can be made. But the most important fact aside from obvious necessity to conduct a bigger study is a fact that some proportion of people is ready to consensually get HCV-infected kidney transplants, and this finding is indicative of HCV de-stigmatization in society. Nevertheless, a variety of potential legal problems associated with potential implementation or even further investigation of this approach may seem frightening enough to stop any further research. It would be curious at least to see results of long-term follow-up of patients studied in this trial.

bioequivalenceClinical trials in the CISfeasibilitymonitoringRadiopharmaceuticals
The International Society for Pharmaceutical Engineering establishes its branch...

May the force be with you! R2D2 will simplify ophthalmologist-surgeon’s j...
Scroll to top